ADHD tips are not a bad thing and they can work, but they are not a magic formula.

The way to make ADHD tips work is to change how you think about yourself as a person. Because that enables the power of motivation.

If you are a business owner with ADHD, I’m sure you’ve already tried many of the tips and hacks that (are supposed to) help with our condition.

And I don’t know about you, but they never really worked for me. Or at least, not in the way I had hoped. Some didn’t work at all, and some worked for a more or less short amount of time – until they didn’t.

Please don’t get me wrong; that does not mean that ADHD tips are bad. But they often miss the most critical point.

I promise I’ll reveal this point in a second … but first, let me explain why do I think I can say something about this topic?

Understanding why ADHD tips rarely work (even not for people who don’t have ADHD).

I found out I had adult ADHD when I was 42. So pretty old. As you can imagine, a rollercoaster of feelings came with this revelation.

And of course, all the problems, symptoms, disasters had been there my entire life. But I didn’t know that these problems were hardwired.

I often thought it was everyone else’s fault.

I felt like that joke where someone is driving a car and hears on the traffic news:

Look, there’s a car going the wrong way. And the guy thinks: One car? Hundreds … .

That was pretty much me. I even thought my wife and business partner is weird (which she is, but that is a whole different story ;)).

Like many people with ADHD who did not know they were not neurotypical, I never learned about my symptoms. And I came up with coping mechanisms. But you know, that only goes so far. I faced the same problems over and over again.

Here is the thing: These problems shaped my identity – and the way I looked at myself.

When I found out having ADHD, one part of me felt relieved. Because at least I had an explanation and was not just a jerk with no willpower. And I thought. Finally, I can do something.

I just need to apply the ADHD tips, strategies, or hacks to improve my life. Eventually. Or at least over time.

Since I have always loved to read, I’ve surrounded myself with all kinds of books with tips for ADHD. Most of them, you probably know, are checklists, timers, tools, apps. But far too often, I still ended up in the same situations with the same problems.

And I ended up frustrated.

Then some time ago, I came across a book called “Atomic Habits “by James Clear. For me, the most profound book on changing habits.

Especially one sentence from this book stuck with me.

It reads as follows:

If you want to acquire a new behavior or change a habit, you must first create an identity—an identity of a person, who already has that behavior, that habit. Only then can you start to change something.

The point is: If you do not believe you can ever achieve a goal or finish a project, what happens?

You start, things get a bit difficult, your willpower is under pressure, and you give up. Because well … that’s just the way you are, isn’t it?

So it is not just about doing things differently when dealing with ADHD. It is about getting the identity of a person who does these things. To me, that’s a real game-changer.

You are probably wondering, all right, sounds great. But how can I do that? How can I change my identity for the better?

The most crucial step in changing ADHD for the better. 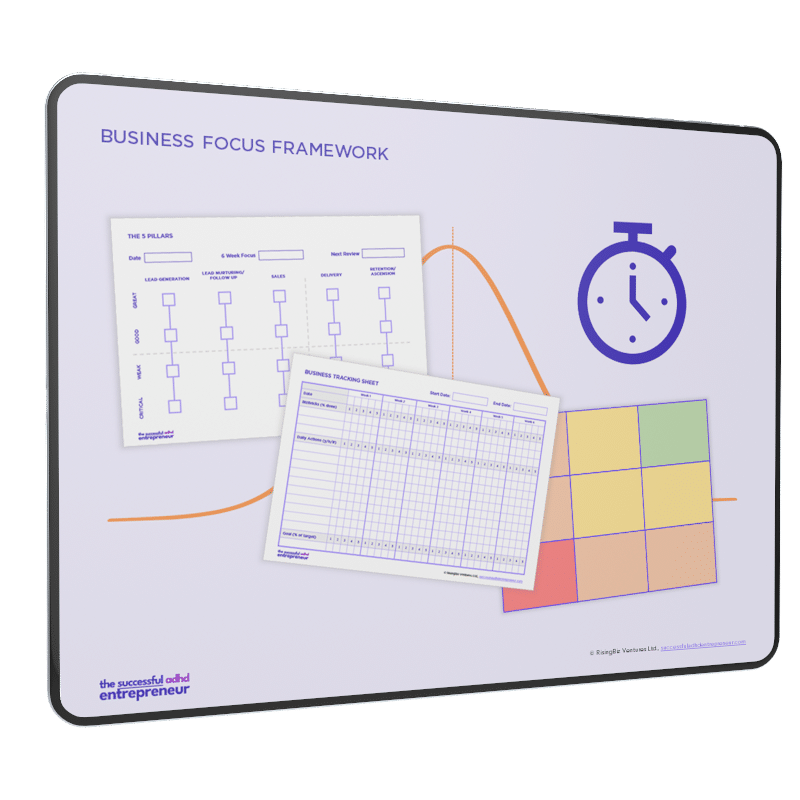 With our Business Focus Finder, it only takes 5 minutes to find out what you should work on in the next 6 weeks.

It also helps you to stay on track and cross the finish line - even if your ADHD causes you trouble with that.

Get the Focus Finder (it's free) »

The first step is: Forget willpower.

Forget the mantra: I’m going make it this time.

It’s not going to work. And admitting that to yourself, in my experience, is probably the most crucial step in changing ADHD for the better.

The second step: It will work by taking small steps. Tiny steps. Even tinier than you imagine.

Let’s take an example. Let’s say you want to exercise more (and who doesn’t want to, right?)Now, if you tell yourself, starting today, I’m going to exercise for one hour a day. You already know that is a recipe for disaster.

Still, we do that.

What are you going to do instead?

Make a 5-minute workout video. Do five push-ups every morning. Yes, I know this won’t give you a nice six-pack in 4 weeks … but – it will change your identity.

You are no longer the stereotype of a lazy person.

It’s not a quick fix. But it worked, at least for me. I started doing things differently in small, even tiny steps. And I realized that I am indeed actually capable of finishing business projects.

I’m indeed able to structure projects and finish them successfully. I still need help because of my ADHD. But my identity changed from the person “not accomplishing much“to “with the right tools, the proper support, and the right  … my whole life has changed.

That’s why tips for ADHD don’t work. At least that has been my experience.

To make ADHD tips work for you, you need to change the default of thinking: I am a lazy person. I can’t do anything.

This is easier said then done as you know, because most people start a habit change by going too big. They will change over night. Instead, starting small, no smaller, really tiny is the critical thing.

Because then you change the default of thinking: I am a lazy person. I can’t do anything, to look at me, I did my [5 push-ups, 5 minute workout, writing for 5 minutes …].

P.S. Whenever you're ready … here are three ways we can help you grow your business.

1. Watch our free video course, "The Business Focus Framework."
The shortcut to the most important tasks in your business that helps actually to follow through. It takes 5 minutes to find out what to work on for the next 6 weeks. – Click here.

2. Increase your close rate up to 84% (free guide).This short guide helps you have successful conversations with customers without being pushy or salesy, even if you think you are not good at selling. - Click here.

3. Work with us 1:1.
If you are curious how working with us looks like, hop on the "Work Together" page. And if it speaks to you, schedule your Discover the Possibilities Call by emailing me: I want that! To andrea@successfuladhdentrepreneur.com, and I’ll send you a link to our automated scheduling system.

Posted in Dealing with ADHD 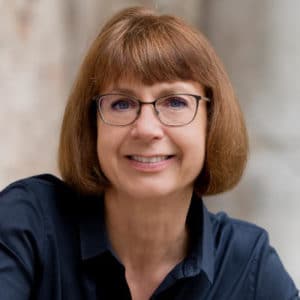 Andrea Lekies writes here and on her other website passion-profit.com (which is German and exists like ... forever). Why now an English website about entrepreneurs who have ADHD? What else could one do in her free time ;)